Since the Naruto franchise spun out into its sequel series, some of the characters from the earlier generation have been getting new life in the filler episodes of the anime. One of those characters to see their story expanded is Konohamaru Sarutobi.

Naruto: Ever Relationship Ranked (& How Long They Lasted)

When first introduced in the second chapter of the Naruto manga (or the second episode of the anime), Konohamaru was a young shinobi in training who found a fellow student to admire in Naruto Uzumaki. A few years younger than Naruto, Konohamaru emulated his new friend’s bravery and learned ninja techniques from him. Over a decade later, Konohamaru became one of the elite shinobi in his home village of Konohagakure with a dream to be Hokage and a job training Boruto Uzumaki.

10 Why Did Konohamaru Challenge His Grandfather To Battle

Konohamaru comes from a very well known family in the village of Konohagakure. The Sarutobi clan has long been full of shinobi who keep the peace. When the Naruto series began, his grandfather was the Hokage.

Though Konohamaru respected his grandfather, he didn’t particularly like the way the position caused the villagers to treat him. When Konohamaru made his way through town, no one even used his name, instead calling him “honorable grandson.” Konohamaru thought the best way to vent his frustration as a child was by challenging his grandfather to a fight – or sneaking up on him – nearly every time their paths crossed so that he could defeat the Hokage and be known as his own person.

9 What Initially Makes Him Admire Naruto

Naruto was the first person to treat Konohamaru like a regular kid training to become a shinobi. During their first interaction, Naruto didn’t even realize Konohamaru was related to the Hokage, so the “honorable grandson” honorific didn’t even come up.

That was enough to intrigue Konohamaru. When he learned Naruto wanted to become the Hokage as well, Konohamaru decided he needed to keep an eye on his new rival, though he also spent a lot of his formative years learning from Naruto.

8 Which Nature Transformations Does Konohamaru Use

In the world of Naruto, shinobi have preferences for different methods of using their abilities. All shinobi have an affinity for a specific type of Nature Transformation, but can learn to use more.

Like Naruto, Konohamaru spent most of his time as a genin honing his skills with Wind Release, but also like Naruto, he has learned to use many more. By the time of the Boruto series, Konohamaru can also use Fire, Yang, and Lightning Releases. Lightning, however, is exclusive to the anime series – so far.

In the early days of the franchise, fans didn’t see a lot of career paths for young shinobi. Some might wonder what a retired shinobi would like to do. If Konohamaru ever decides to give up the life (which is unlikely since he’s a former Anbu member and on his path to become Hokage), he might have a fall back plan.

During the Naruto Shippuden era, Konohamaru and his teammates Udon and Moegi decided to honor those heroic shinobi in their village by starting a newspaper. They interviewed their heroes and wrote about them. Of course, fans haven’t heard about it since Naruto turned down an interview, so Konohamaru might not have kept up with his writing.

6 What Is His Blood Type

Blood types and their relation to personality is something of a pop culture phenomenon in Japan. Though it’s been linked to racist studies in the past, pop culture fans examine it the same way astrology buffs do to get insight into personalities. Manga, anime, and J-pop icons often have their blood type listed in entertainment profiles.

In the Naruto supplementary materials, Konohamaru is listed as Type B. According to the theories, a person who is Type B is passionate, friendly, and optimistic. They can also be irresponsible and impatient. Konohamaru shares his blood type with Naruto, Ino, and Choji.

5 How Is His Rasengan Different Than Naruto’s

Naruto learned the Rasengan, a technique invented by his father, from Jiraiya. Shortly after he learned it, Naruto taught it to Konohamaru. Both shinobi used Wind Release to augment their version of the Rasengan, but they had slightly different results

In the case of Naruto, he’s been able to augment the Rasengan into different shapes, like the Rasenshuriken, to increase its power beyond its standard use. Konohamaru, on the other hand, uses a standard Wind Release: Rasengan, but his is powerful enough to tear through whole cliffs, something Naruto’s doesn’t usually do.

4 Why Did Konohamaru Try To Take A Chunin Exam Early

Between Naruto and Naruto Shippuden, a two year time skip exists. During that time Naruto traveled and trained with Jiraiya while his friends took their Chunin Exam back home. With Sasuke and Naruto both missing, Sakura took her exam with Ino and Choji of Team 10 since their teammate Shikamaru had already passed. Konohamaru also tried to get into the exams, but not as himself.

Instead, Konohamaru wanted to disguise himself as Naruto and take the exam in his friend’s place. He didn’t like the idea that Naruto wouldn’t become a chunin simply because he wasn’t in town when everyone else took the exam. Shikamaru discovered his plan and stopped him, though Konohamaru’s devotion would be called on in the future. Shikamaru actually had Konohamaru stand in for Naruto during his Hokage ceremony because Naruto’s own daughter knocked him out!

3 Did He Defeat Temari

When the Fourth Shinobi World War loomed over Konohagakure, Konohamaru was only 12 years old. He still wanted to fight. The Hokage forbid his generation from being on the front lines, but Konohamaru wanted to prove that he was capable. His unfortunate decision to prove himself was made in the form of challenging Temari to a fight – repeatedly.

Because of her experience, Temari was able to stop him, but when he became desperate, Konohamaru intended to use his newly learned Rasengan against her. It was the interference of his friends Moegi and Udon, who got Shikamaru to step in, that stopped him and allowed him to see he could help in other ways.

2 Why Isn’t He The InoShikaCho Sensei

There’s a tradition in Konohagakure that in every generation, there’s a new InoShikaCho team. The children of the Yamanaka, Nara, and Akimichi clans have been trained together for at least 15 generations. Typically, they’re trained by a Sarutobi, like Konohamaru’s uncle Asuma.

When Konohamaru became a teacher to Boruto’s generation, however, he didn’t take up the tradition of training the new InoShikaCho trio. Instead, Konohamaru’s friend Moegi is their sensei. That’s likely a result of Naruto personally asking Konohamaru to train Boruto before the teams ever formed. Just like Konohamaru’s teacher Ebisu became his team’s sensei as a child, Konohamaru became the sensei for Boruto’s team as well.

1 Why Is Konohamaru Named After The Village

Names tend to have special meanings in the Naruto universe. Franchise creator Masashi Kishimoto often gave characters names that alluded to legends or linked them to a specific trait. In Konohamaru’s case, he was named for something else that already existed in the series.

He was actually named after the village of Konohagakure itself. Interestingly, it was his grandfather who gave him the name, not his parents. His grandfather considered the entire village family and wanted Konohamaru’s name to reflect that. “Konoha” means leaf, which is why the village is often referred to as the “Hidden Leaf.” “Maru,” on the other hand, is a suffix used in Japanese that means perfect, so Konohamaru is the “perfect leaf,” as a nod to his home.

Buffy the Vampire Slayer: How Darla, Angel, Spike and Drusilla Were Sired

Supernatural: 10 Worst Things Baby The Impala Has Gone Through 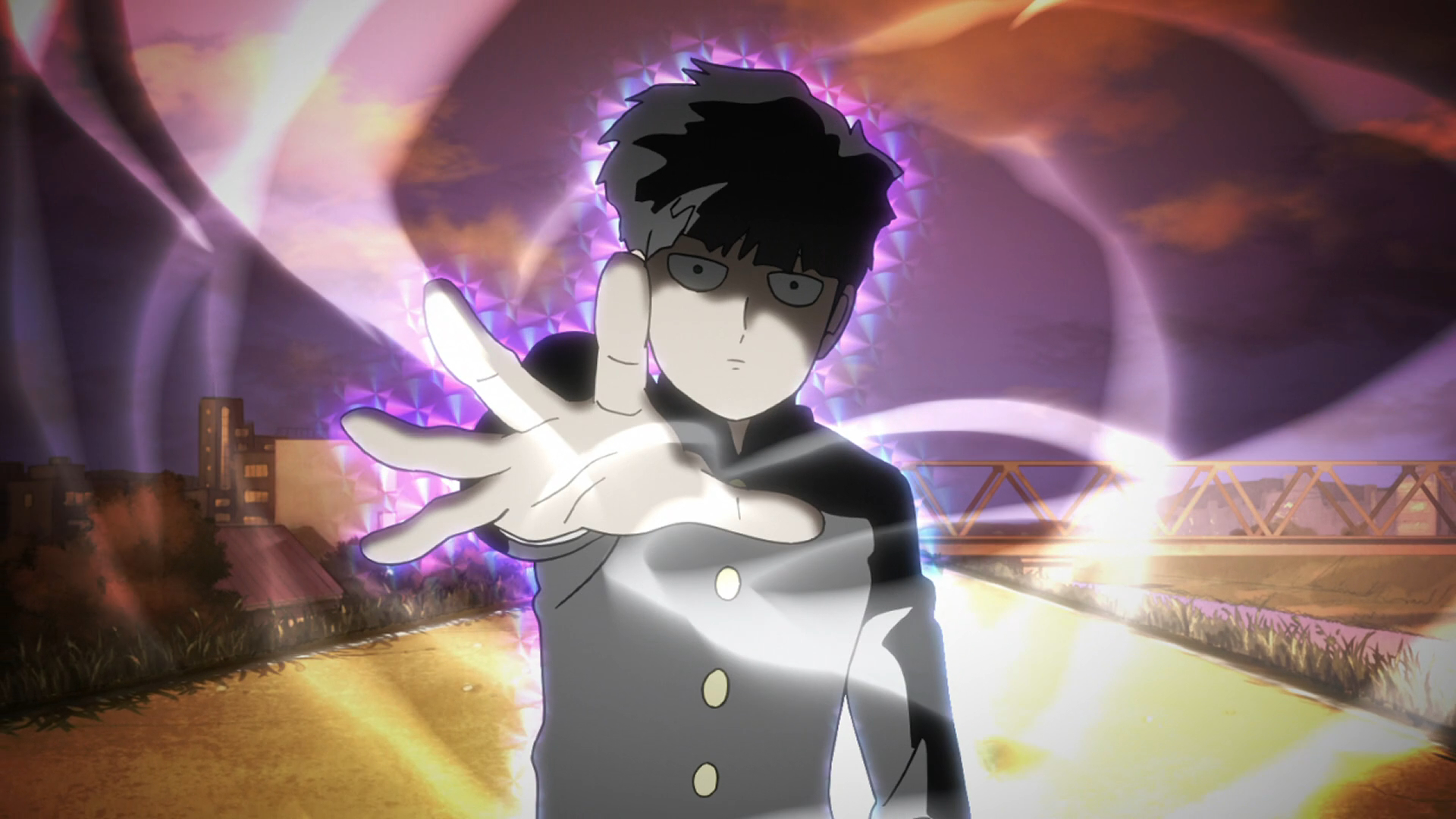 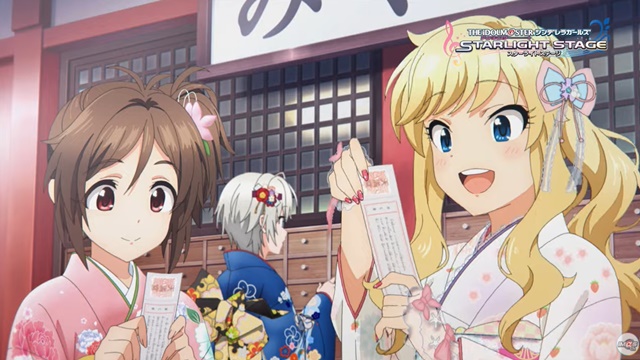