What is Raspberry Pi?

Raspberry Pi is a credit card sized mini-computer developed by Raspberry Pi in the UK and launched in 2012. The device, which bears the name of the organization itself, is manufactured to be a small and cheap computer alternative.

The basic idea behind Raspberry Pi’s production of this computer is to provide cheap and easy opportunities for children to make scientific studies in schools.

Although the basic idea behind the production is education, it is true that Raspberry Pi is mostly addressed to personal users and miniature computer enthusiasts. In fact, Raspberry Pi has sold more than four million units, according to the figures announced since its introduction.

These mini computers are equipped with a 700 Mhz ARM processor and 256 MB or 512 MB RAM. The mini-computers are available under different models and support USB 2.0 ports, which can be extended to 4 GB with the help of MicroSD.

There is also an HDMI output that can be used for video and audio transmission. With the help of Ethernet input and USB-enabled Wi-Fi support, Raspberry Pi’s internet needs can be met.

What Operating System is Raspberry Pi Used for?

Unfortunately, it is not possible to use the current versions of Windows due to the CPU architecture used by the device. For this reason, it uses mostly Linux operating systems on Raspberry Pi.

What is Raspberry Pi Used for?

There is almost no limit to what can be done with these mini-computers. You can perform all of the functions you perform on a computer as long as the hardware features of the Raspberry Pi allow it.

For example; some users use Raspberry Pi as a web server and turn it into a data center with demos or personal sites. Some users can upload and download all day long.

Another segment can choose this mini computer because it is suitable for software programming. So all you can do with Raspberry Pi can be said to be limited to your imagination with the hardware features of the devices and the devices you want.

What is the price of Raspberry Pi?

If you would like to read more, please visit our What’s What category. We will also be happy if you join our forums site : ) 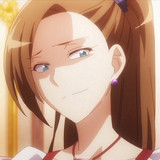